You are here: Home / Blog / Posts / The Blessings of Winter Vegetables
By H. Theresa Wright on October 18, 2021 in Posts

A few weeks ago, I talked about the good winter vegetables, the squashes, the brussels sprouts, the celery, cauliflower, peppers, and squash. (I’m told I forgot the beets! Sorry!) What is so great to me is that these veggies are so easy to prepare. They all can get roasted. And that means, line the pan, spray with no stick spray (so cleanup is easy,) layer them in a pan, toss in a bit of oil and seasonings, roast them a half hour to an hour or till the rest of your meal is done, and voila! Healthy, spicy crunchy richness of flavor!  And they are so low in calories, that you can double the weight for your starch servings!

Let me be a bit more specific here:

Brussels sprouts: Choose bright green Brussels sprouts that aren’t losing their leaves. They should feel firm when you gently squeeze them. Buy the sprouts that are mostly the same size so they’re done around the same time. Wash them, cut out the stem, cut them in half top to bottom, and lay them in a baking pan you have lined, drizzle over some olive oil and garlic powder on top and roast at 425 degrees till they are browned and crispy. Best if the flat side is down, the insides get more tender.

You could add balsamic vinegar if you like, or squeeze a lemon wedge over. My favorite is just the garlic and maybe a bit of Parmesan cheese, but you could also try red pepper flakes or sesame seeds.

Except for the sesame seeds, count all these as condiments. The oil too, if you use less than 3 Tablespoons per pound.

Let’s start with Acorn. Many chronic diseases are fueled by systemic inflammation, and all these squashes are rich in antioxidants, which reduce inflammation by cleaning cells of harmful waste. Many micronutrients in acorn squash (like vitamin A, vitamin C, and manganese) have antioxidant properties that can contribute to this process.

Acorn squash could be golden yellow or bright green. Cook them both the same way. Preheat the oven to 375 degrees F. Cut the squash in halves or quarters. Spoon the seeds and stringy middle out of the squash, and discard these.  Roast them cut side up on a baking sheet for 50 minutes or until the flesh is just tender. Let the squash cool for 20 minutes

Another idea is, in a large skillet over medium heat melt 1 Tablespoon of oil or butter. Saute a thinly sliced onion and three cloves of garlic. Stirring occasionally, cook the onions and garlic for 10 minutes, or until they begin to brown at the edges. Add 1 teaspoon of coriander, and about ½ teaspoon of nutmeg. Cook the mixture 2 minutes more; then remove the pan from the heat. Add a bit of pepper if you like it.

Cut the squash in half lengthwise, spoon the seeds and stringy middle out of the squash, and discard these. Spoon out the flesh, chop it and add it to the onion mixture. Discard the skins. Season the mixture with salt and pepper. Heat and stir the squash-onion mixture until the squash is hot.

Count this squash as a starch. 1 cup or six ounces is the serving size for 4 oz or 1/2 cup of starch.

Now butternut squash: Preheat the oven to 400 degrees. Cut the squashes in half lengthwise (from the top to the bottom). Put them on your prepared baking sheet cut side up. Put a teaspoon of butter, margarine, or olive oil in each half-squash. Sprinkle your favorite seasonings on top: I like pumpkin pie spice or cinnamon and ginger, or just salt and pepper. It takes 50 to 60 minutes to roast; you will know it is done when the flesh is fork-tender.

Instead, if it is a large squash, you could peel and seed it and cut into 1-inch chunks; toss it with 3 Tablespoons oil (for a 3-pound squash) place it in a single layer on your prepared pan, add some salt and pepper, and roast at 400 degrees F. Turn it once with a spatula; this way takes only about thirty minutes.

And Spaghetti Squash. Again, using your 400-degree F oven, and your prepared pan, slice the spaghetti squash in half lengthwise and scoop out the seeds and ribbing. Drizzle the inside of the squash with olive oil and sprinkle with salt and pepper. Now put the two squash halves cut side down, in your pan and poke 4-6 holes in the skin with a fork.

Baking should be about thirty minutes, when your fork goes in easily, it is done. Be careful not to let it cook too long, the “noodles” will get mushy!

Take the squash halves out of the oven, put them cut side up on the counter with hot pads or a towel beneath them, and let them cool till you can handle them. When cool to the touch, use a fork to scrape and fluff the strands from the sides of the squash.

To season, you could cook 2 sliced garlic cloves in olive oil until golden. Add to the squash along with 2 tablespoons each chopped parsley, chives and pickled cherry peppers; toss. Season with salt and pepper.

Or for your spaghetti squash “noodles” you could try flavoring them with garlic and onions,

Parmesan or other cheeses, basil and thyme, or Northwoods, Fox Point, or Italian Herb mixtures from Penzeys Spices (www.penzeys.com). The “noodles” go well with bell peppers, carrots, and mushrooms; Weigh or measure these before you put them in, if your program prescribes that.

Squashes were not part of my childhood food, so they were scary to me in the beginning. But they are so good and so nutrient rich that we really need to include then in our food plans. More recipes next week.

And…. have you ever eaten a pattypan squash? Stay tuned!

Have a great week!

Efficiently Accomplishing the Unnecessary
The End of October

2 Responses to The Blessings of Winter Vegetables 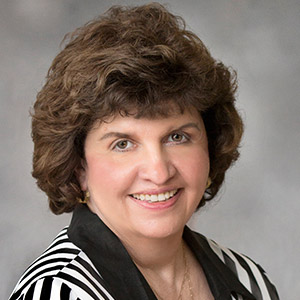